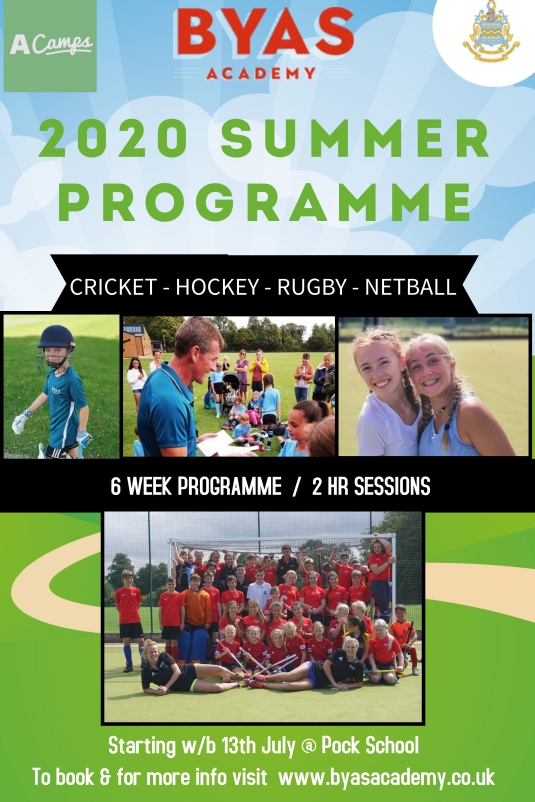 Starting w/b 13th July for 6 weeks we are offering a new Summer Course for Cricket, Hockey, Rugby and for the first time - Netball.